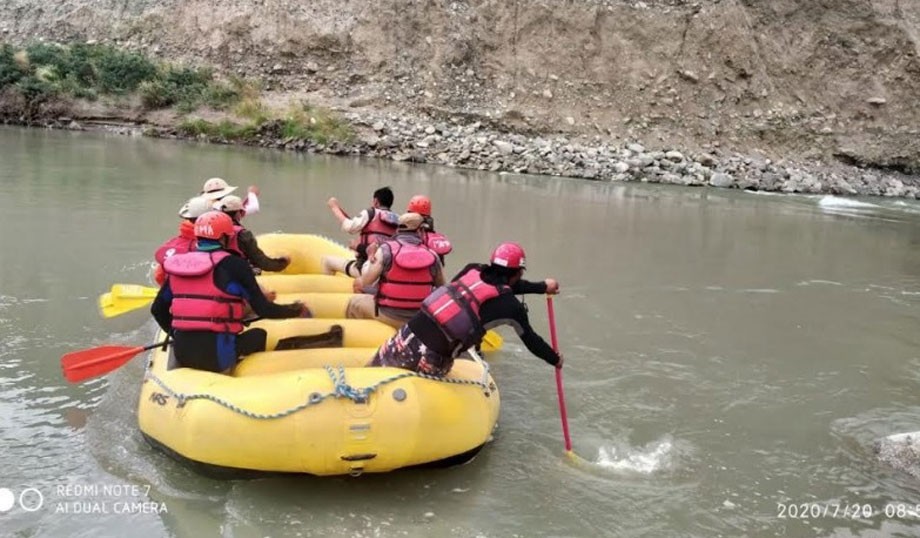 Team during the search of missing girl body in Indus river.
Leh :
A body of a 22-year-old missing girl recovered from Indus River on July 20.

Police station Leh on July 19 received the report of the girl being washed away in the Indus River at Phey village. Police personnel along with Union Territory Disaster Response Force (UTDRF), Leh rushed towards the spot and searched for the body till late night.  Failing to recover the body on the same day, the police team resumed the search for the body from early morning on July 20. After all efforts, the team succeeded to find the body 3 km down from the site of the occurrence.

The body was shifted to SNM Hospital and after proper medical and legal formalities handed over to the family of the deceased.

Inquest proceedings under section 174 CRPC have been initiated at Police Station Leh in this regard.