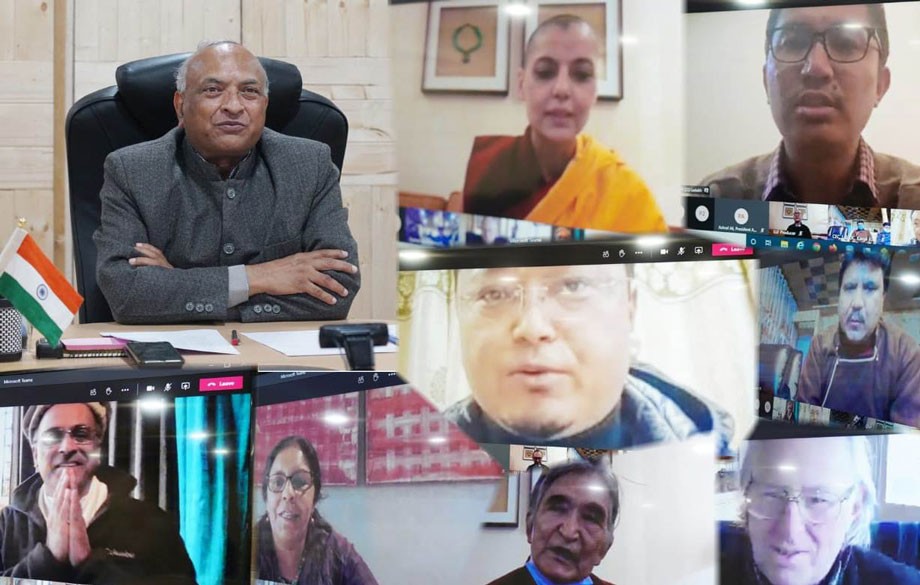 The second edition of Ladakh Literature Festival, 2020 themed, ‘Ladakh at the Crossroads’ was inaugurated virtually by Lieutenant Governor of Ladakh, R K Mathur on December 10.

The festival organised by the Tourism Department of Ladakh is going to be held virtually till December 12. A diverse group of distinguished authors, thinkers, and journalists will be participating in the 25 literary sessions of the three-day virtual event.

R K Mathur said that in today’s context of Ladakh organizing a literature festival is of paramount importance. He said that Ladakh and its rich culture have generated a vast interest among literature enthusiasts all over the world which is reassuring and stressed the need to build on this opportunity. He said that Ladakh having an amalgamation of different cultural influences from India, Central Asia, and Tibet gives the region and its people a unique cultural identity.

He appealed to students, in particular, to participate in the festival as it mirrors the contemporary Ladakhi society and reflects the image held by outsiders for Ladakh.

He added that the knowledge of these two worlds will bring a new perspective which is important and useful for the local youth to develop a sense of cultural rootedness and identity.