11 arrested in connection with bitumen scam in Leh 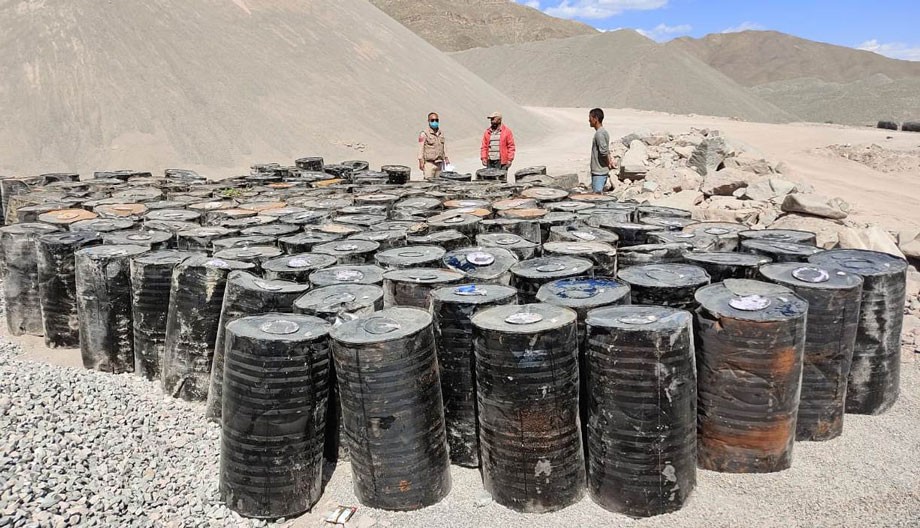 Two junior engineers of GREF, a crusher plant owner, and 8 truck drivers were arrested in connection with the bitumen scam in Leh on the intervening night of July 6 and 7. 480 barrels of bitumen worth ₹36,30,663 was seized.

The incident came into light on the intervening night of July 6 and7 when the patrolling party of Police Station, Leh headed by ASI, Rigzin Paljor noticed some suspicious movement of 8 trucks to a crusher plant. When police raided the location, it was found that all the trucks loaded with Bitumen were being unloaded at the crusher plant. Each truck was carrying 60 barrels, making a total of 480 bitumen barrels. On further inquiry of the tax invoice vouchers produced by the drivers, it was found that the 60 barrels of bitumen belonged to GREF and were meant to be unloaded somewhere else.

All the accused are under police remand and the case is in the investigation process.