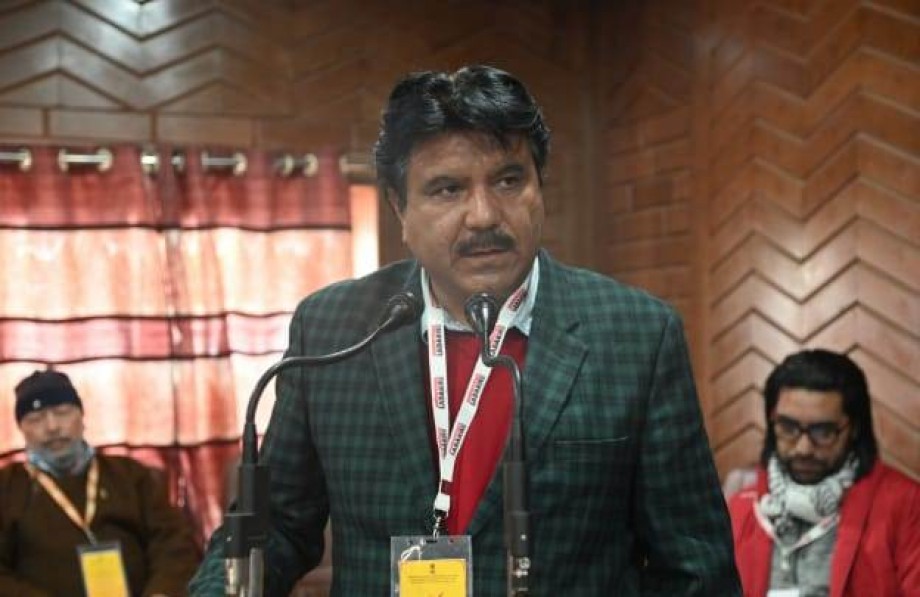 Feroz Ahmad Khan congratulated LAACL, Kargil for organizing such a mega literary conference in Kargil and added that holding such literary events assumes great significance as their sole aim has always remained to promote our culture, identity, and languages. He stressed the need for the involvement of the younger generation in such events to enlighten them about the glorious culture and folk traditions of Ladakh UT.

He stated that there is a need for the establishment of clubs and societies at a private level to further promote literary endeavors apart from the efforts of the Government. He said that as a part of the steps of the Government of India to include mother tongue as a part of the National Educational Policy (NEP), LAHDC Kargil is currently working on devising recommendations for the introduction of books in schools in local vernacular languages and various language sub-committees have already been framed in this regard.

The paper reading session comprised 3 research-oriented paper presentations by Ajaz Hussain Munshi, Dr. Konchok Gyatso, and Muhammad Shafi Sagar on the topics Purig in the Context of Its Antiquities, History, and Origin of E-Gay and its impact on Ladakh and Treaty Road of Central Asia was carried out. Meanwhile, two poetry reading sessions were also conducted.

ADC Kargil, Tsering Motup expressed optimism that the conference will prove an ideal platform to foster the exchange of ideas besides enhancing understanding among the writers and intellectuals of the twin districts which he stated will prove fruitful to devise further strategies for the promotion of the regional languages.

President IALS, Dr. Sonam Wangchuk expressed happiness that a lot of literary and research work is being carried out in Kargil and it should continue with more zeal.

Deputy Secretary/ Special Officer for Cultural Activities G-1, LAACL, Kargil, Nazir Hussain said that the main objective of the workshop is to provide a platform to the writers of different ethnic languages of Ladakh to present their fresh literary endeavors in terms of poetry, short story writing, and presentation of research-oriented papers.