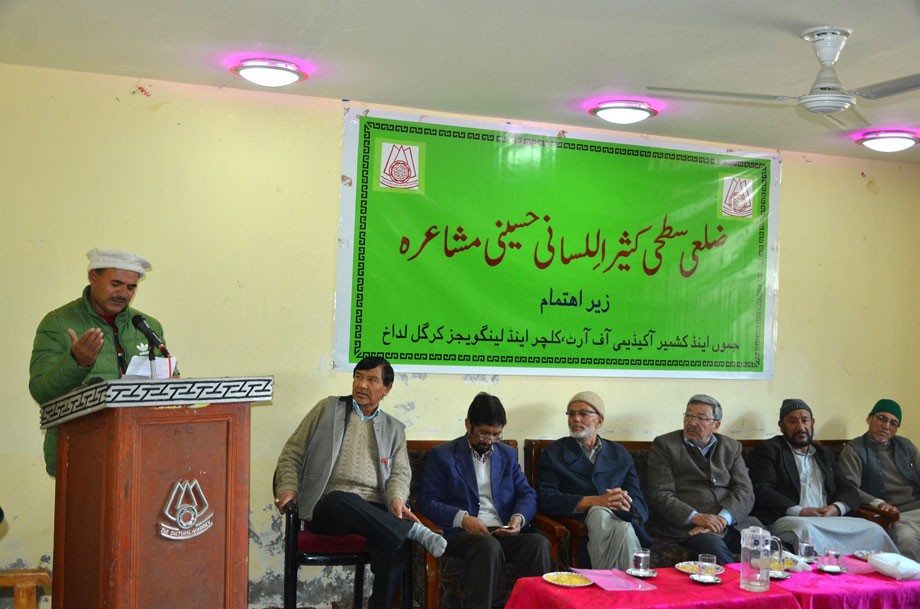 The two-day district level multilingual Hussaini mushaira organized by Jammu and Kashmir Academy of Art, Culture and Languages concluded on October 16 in Kargil.

It has a participation of more than 50 senior as well as novice poets across the district who presented their poetry in Urdu, Balti, Purgi and Shina Dardi languages.

On the final day, around 25 poets delivered their poetic compositions while paying rich tributes to the martyrs of Karbala and reflecting upon the philosophy of martyrdom.

The function was presided over by Kacho Asfandyar Khan Faridoon, former Commissioner Secretary Revenue J&K, an eminent writer and poet. He congratulated the Academy for the literary event and expressed that such gathering are the ideal platform for the poets to share their fresh literary endeavors.

Khan also highlighted the role of poets, writers and intellectuals in a society and said that such men can play a great role in bringing out positive attitudes and enlightenment in people through their creativity.