One Day Balti Cultural and Literary Meet held in Kargil 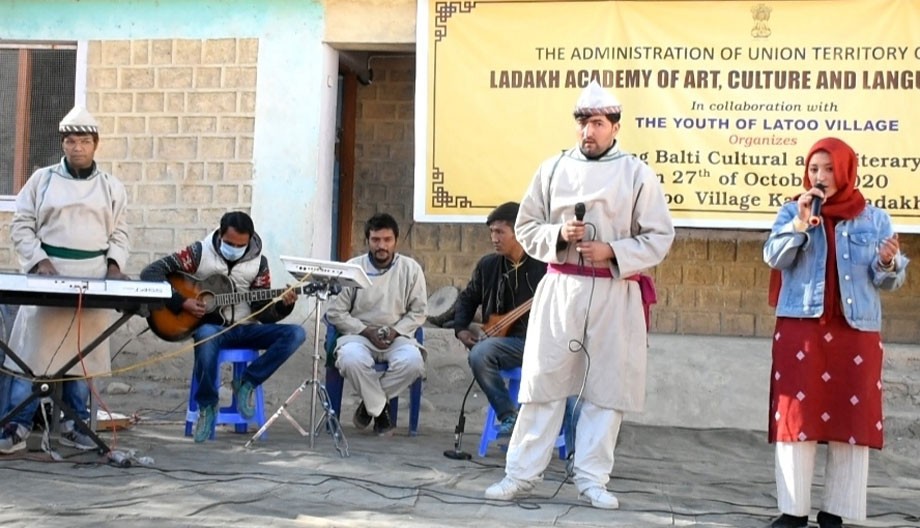 Kargil :
More than 30 writers, poets, observers, and folk artists participated in the one day Balti Cultural and Literary Meet at Latoo village on October 27.

The program was organised by the Ladakh Academy of Art, Culture, and Languages, Kargil. The aim was to give impetus to the art of poetry, preparation of research-oriented papers on different aspects of culture and literature, short story writing besides to give a platform to the Balti poets, writers, and folk singers to showcase their fresh cultural and literary endeavours.

District Cultural Officer, Kargil, Muhammad Ali Tak informed about the various steps being taken by Ladakh Academy of Art, Culture and Languages, Kargil towards the promotion and preservation of the multiethnic culture of Kargil.

He stated the day-long cultural and literary aims to provide a platform to the writers and scholars of Balti language to carry out healthy discussions and deliberations about the issues and challenges of the language besides to contemplate on a roadmap.