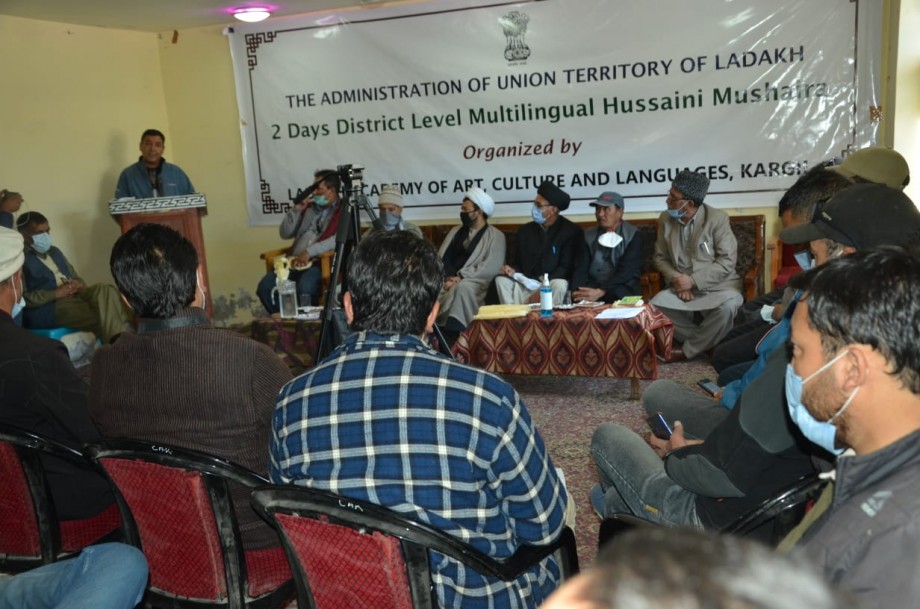 Around 40 senior as well as novice poets across the district representing Urdu, Balti, Purgi and Shina Dardi languages participated during the two days programme.

On the last day, around 20 poets rendered their poetic compositions, paying rich tribute to the martyrs of Karbala and reflecting upon the philosophy of martyrdom.

Sheikh Bashir also stressed the poets, writers and intellectuals to further fortify their efforts towards bringing out positive attitudes and enlightenment in society through their creativity.