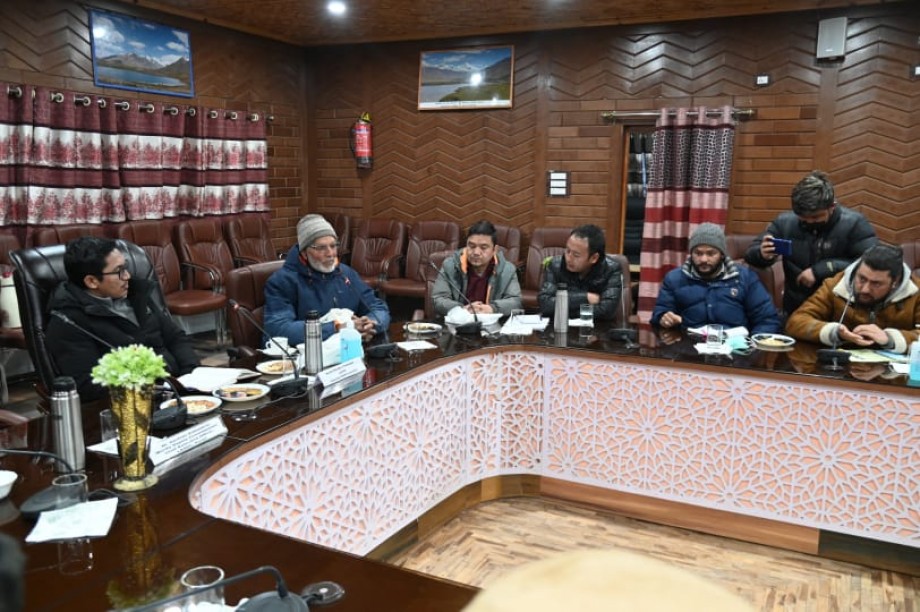 During the celebration of the International Mother Language day organised by Ladakh Academy of Art Culture and Languages (LAACL) Kargil.
Kargil :

MP Ladakh congratulated Padma Shri awardee for getting the prestigious award in the field of education and literature and appreciated his contribution in preserving and promoting Balti language and culture.

He said that it is an honor for the entire Ladakh region and an inspiration for budding writers and researchers.

He also congratulated LAACL Kargil, writers and poets of different languages of Kargil for organizing the program. Stressing on the promotion of local identities of Kargil, he said the UT Administration is fully committed to preserve local languages and culture. Various inclusive policies have been framed and in near future, many pragmatic steps will take for the preservation of cultures and identities of Ladakh.

Representative of LAACL Kargil was asked to furnish suggestions for policy framing regarding preservation and promotions of languages and culture.