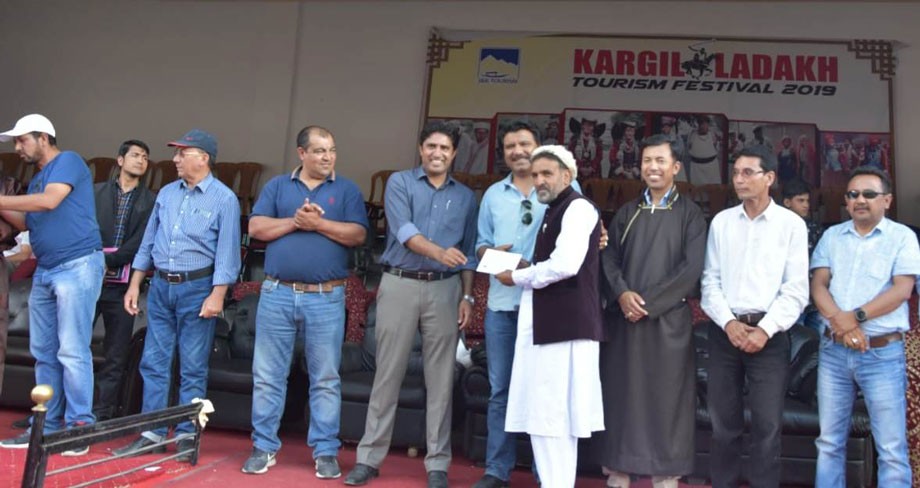 Multicultural music and dance performances by the artists of Purgi, Balti and Shina Dardi ethnic tribes and polo exhibition match were showcased during the two days Kargil Ladakh Tourism Festival.

Satya Pal Malik said that the Governor Administration is fully committed to give impetus to the tourism sector in Kargil.

He said that to provide tourists round the year connectivity, expansion work of Kargil Airport will be taken up soon for which ₹ 200 crores have already been sanctioned. Also, the Government is soon staring a 2500 MW solar power project to enhance power sector in Kargil.

The governor also announced the establishment of two colleges for Kargil district including a Women’s Degree College.

Talking about the steps being taken by the Governor’s Administration to bring transparency in the system, the Governor said that the Government is taking strict measures to check corruption and corrupt elements which are one of the major bottlenecks in the path of progress and development.

Responding to a question about the start of work on the Zojila Tunnel project, he said that the rebidding process would be completed within the stipulated timeline so that work on the project is started at the earliest.

The Governor further spoke on the evacuation of the army from the lower Kurbathang Plateau, grant of 10% duty allowance in favour of the employees working in Ladakh region, augmentation of  Education and Health sector and establishment of Kargil Scouts on the lines of Ladakh Scouts.

Feroz Ahmad Khan,CEC, Hill Council, Kargil expressed his gratitude to the Governor on behalf of the people of Kargil district for having fulfilled the long pending demands of the people by granting divisional status to Ladakh, creation of 495 posts and allotment of equal number of directorates to both districts, sanction of ₹ 200 crore for expansion of Kargil Airport and ₹ 280 crore for completion of languishing projects.

He projected several demands and sought the intervention of the Governor in early start of work on construction of Zojila Tunnel and expansion of Kargil Airport, sanction of funds under State Sector, establishment of women’s police station and IRP Battalion in the district, release of the pending dues of casual laborers, sanction of special funds for completion of the remaining works of the Council Secretariat Kargil and Delhi Bhawan at Dwarka, New Delhi and other related demands.

Baseer ul Haq Choudhary, DC Kargil spoke about the multiethnic folk traditions and cultural ethos of the district and the steps being taken by the LAHDC Kargil and District Administration Kargil for tourism promotion in the district.