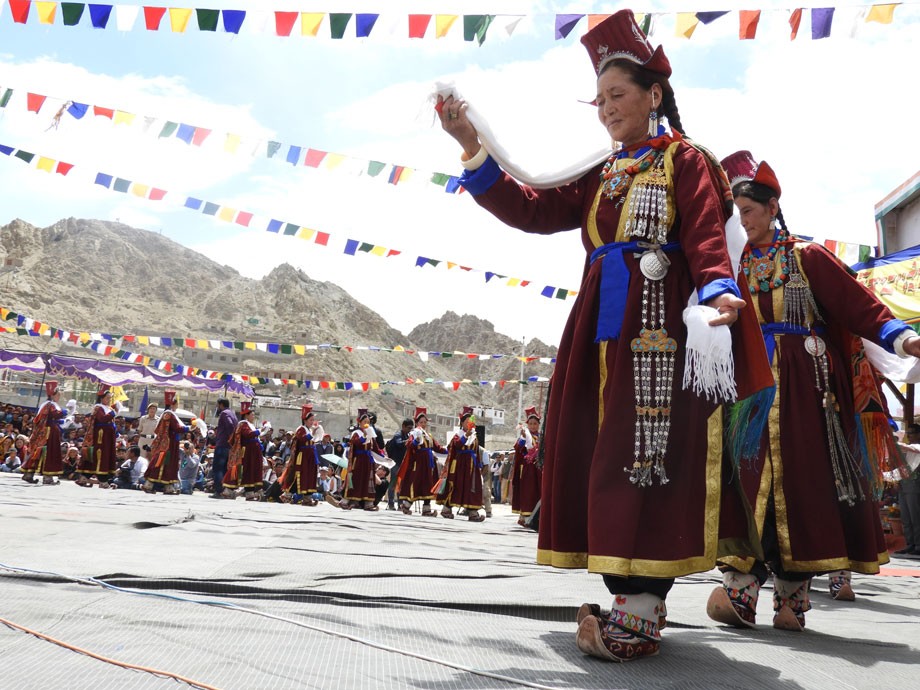 The four-day cultural extravaganza ‘Ladakh Festival’ brought people from different parts of the Ladakh region showcasing the rich cultural heritage from September 1 to 4 in Leh.

Cultural troupes from different parts of Ladakh dressed in traditional attire and school children took part in the cultural procession.

Apart from the natural landscape beauty of the region, Governor Satya Pal Malik talked about the hospitality simplicity and positivity of the people who are living with the age-old culture and heritage. He also highlighted the teachings of Buddha and Buddhism philosophy.

Talking about the grant of UT status for Ladakh, he said that the decision is made for the overall development of the Ladakh region.

He informed that the region under the centre government directly will be benefitted in terms of employment, salaries, status, posting and other things. He also talked about protecting the culture, heritage and identity of the people in the new UT Ladakh.

He further assured that even after the retirement the Governor himself and the B R Subramaniam will remain as a permanent ambassador of Ladakh to support and work for the people of Ladakh.

Welcoming the tourists from different corners of the world, Satya Pal Malik urged them to visit Ladakh again for a longer period and enjoy the most beautiful place.

The festival provides an opportunity to explore and witness the different traditional dance and songs, traditional sports like archery and polo, handicrafts, local cuisine, mask dance, photo exhibition on birds and mammals of Ladakh, demonstration of contemporary sculpture and many more.

Gyal P Wangyal, CEC Hill Council, Leh welcomed everyone on the festival who came to witness the rich culture and tradition of Ladakh.

Highlighting various issues faced by the people of Ladakh, he apprised the Governor about the problem of inadequate power supply during winters in Leh due to temporary arrangement made at Alistang to Zenakot stretch of Srinagar-Leh transmission line.

He informed that the transmission line tower got fallen near Zoji-la, which is also affecting regular feeding and evacuation of power.

He urged the Governor to consider the matter on priority and ensure the proper functioning of the said transmission line before winter sets in.

He further demanded Governor’s intervention for the establishment of Medical College at Leh and adequate share in the proposed 50,000 jobs to unemployed youth in J&K.

Jamyang Tsering Namgyal, MP Ladakh expressed gratitude to all the officials of the state and centre who made UT Ladakh. Also, he hoped that the protection of culture, identity, land and job security will be also be considered by the centre government in favour of Ladakhis.

Scintillating cultural performances of Changthang, Nubra and other parts of the region were also performed.