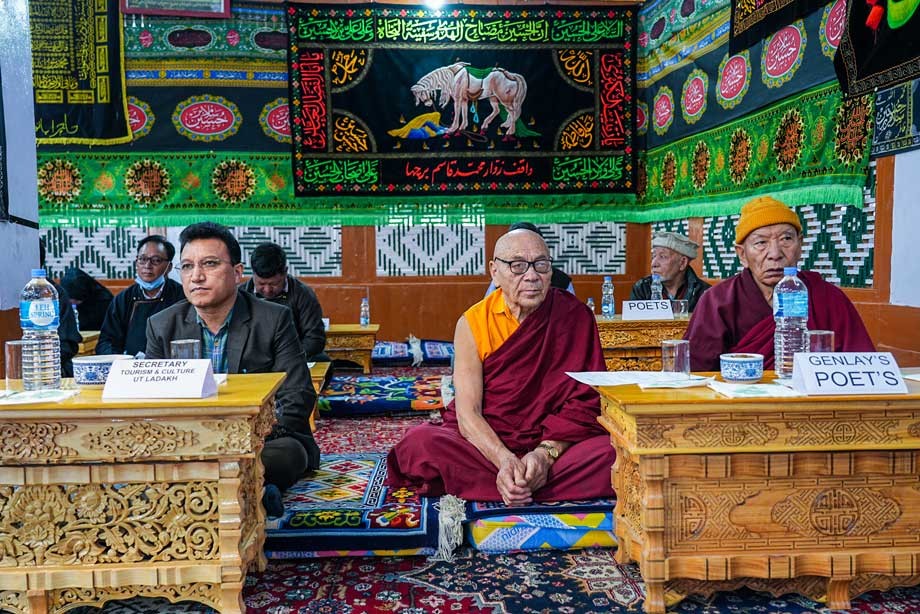 All the poets fascinated the audiences with their poetic collections mostly aimed at rendering praise and paying rich tributes to the martyrs of Karbala and reflecting upon the philosophy of martyrdom.

Secretary, Tourism and Culture, Kacho Mehboob Ali Khan said that poets should use and preserve local ethnic languages, including Ladakhi/Bhoti, Balti, Sheena/Dardi, and Purgi languages.
He stated that culture determines the true identity of a community or race and stressed the need for all stakeholders to ensure that ethnic identities are preserved against modernization. He informed about efforts being made by the Administration for the promotion and preservation of the cultural heritage of Ladakh. He assured that LAACL and Tourism Department would work for the preservation of the culture of Ladakh.

He also requested the poets to come up with a theme and message for society.

Deputy Secretary, Ladakh Cultural Academy Kargil, Nazir Hussain said the objective of the programme is to provide a suitable platform for budding poets to refine their poetic abilities under the guidance of the senior poets.

Recalling the supreme sacrifice of Hazrat Imam Hussain (AS)'s and his loyal companion, he emphasized the need to follow the path and principles of Hazrat Iman Hussain (AS)'s to bring virtue and morality in the present era which is faced with a lot of chaos and disorder.

President, Anjuman-e-Imamia Leh, Ashraf Ali Barcha lauded the efforts of LAACL Leh and Shia Muslim Co-ordination Committee, Auqaf Sub Committee Chuchut Yokma for organising the event. He requested LAACL Leh to involve the youth in literary and other programmes to raise awareness about the importance of preserving traditions and heritage. He called literature an integral part of Ladakhi society and shared that society will not progress until there is development in the literature society.

Ven Thupstan Paldan said that such platforms would enable poets from both districts representing different vernacular languages to share their literary endeavors. He stressed the importance of understanding the basic principles of all religions.