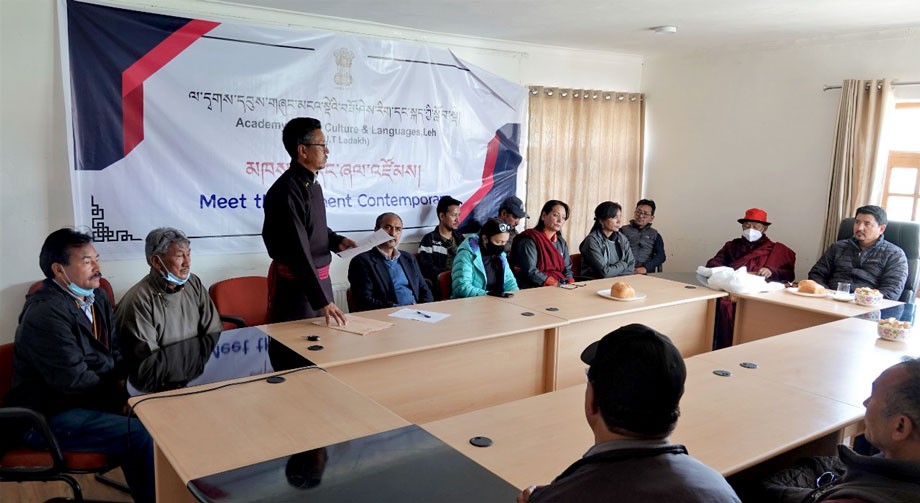 During the meeting of Ladakh Cultural Forum with CEC, Hill Council, Leh.
Leh :

Ladakh Cultural Forum welcomed Hill Council Leh’s initiative of celebrating Bhoti language day starting this year and also highlighted suggestive measures to preserve the traditional art, culture, and language of Ladakh. The members of the Ladakh Cultural Forum also raised their concerns and put forth various issues and the need for having a good policy on heritage preservation, promotion of literary art and culture at school levels, and the need for strengthening musical art in the region.

CEC Tashi Gyalson informed the delegation of the plans and vision of the Hill Council to strengthen local culture, tradition, and languages. He further added that the Hill Council is dedicated to preserving traditional heritage, and promoting art and culture in the region. He also assured to look into the issues raised by the delegation and try to address them at the earliest possible.