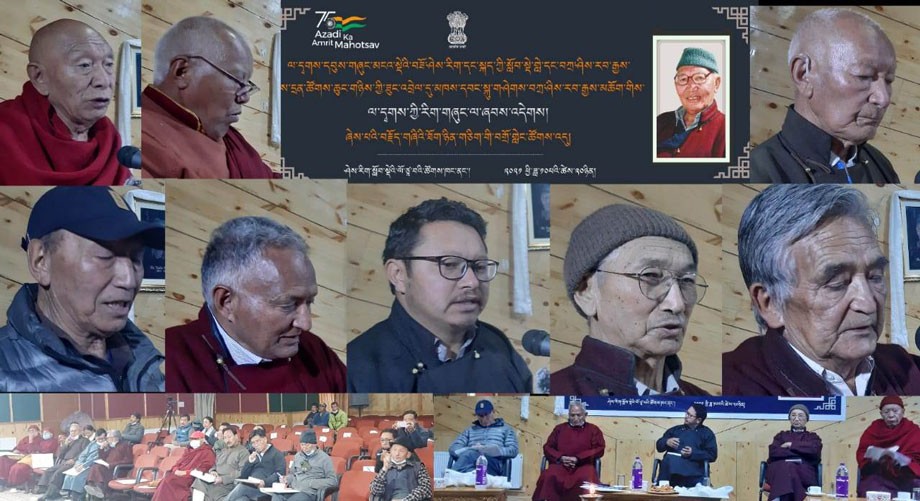 During the day-long seminar themed, “Legacy of Tashi Rabgias and his Contributions to Ladakhi Literature & Culture”.
Leh :

A day-long seminar themed, “Legacy of Tashi Rabgias and his Contributions to Ladakhi Literature & Culture” was organised by Ladakh Academy of Art, Culture and Languages, Leh & Tashi Rabgyas Memorial Foundation under the aegis of LAHDC Leh on October 20 at the Lotsava Auditorium, Cultural Academy Leh.

Chief Guest of the occasion, Stanzin Chosphel, Executive Councillor, Hill Council, Leh expressed that such kinds of literary functions and seminars need to be organised at a regular interval with the involvement of youths. This will encourage and educate the young generation with the legacy of an eminent personality like Late Tashi Rabgias.

Other dignitaries present during the seminar were President Ladakh Culture Forum, Mipham Otsal, and its executive members. A threadbare discussion was also held after the paper presentation of the paper readers.