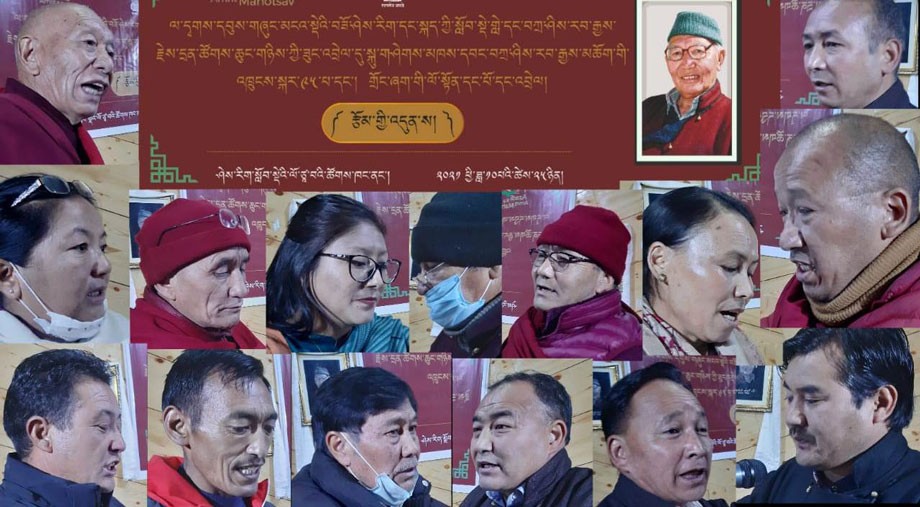 Editor, LAACL Leh, Dr. Thupstan Norboo said that late Tashi Rabgias would always be remembered as a man knowing ten traditional knowledge systems indigenously known as ‘Rig-nas-Chu’. He also highlighted the role played by late Tashi Rabgias in promoting Ladakhi language and folk songs. He urged to promote the ideals and work of late Tashi Rabgias to enrich and inspire the youths.

Venerable Thupstan Paldan said that Tashi Rabgias, despite obtaining higher Education from S.P College, Srinagar, had managed to acquire traditional knowledge of the Himalayas available in our language. This quality has added to the personality of late Tashi Rabgias. He also stressed that organising such a literary programme highlighting his contributions is appropriate to pay tribute to him.

The symposium concluded with a vote of thanks by Tashi Gyatso of Tashi Rabgias Memorial Foundation, Leh while Venerable Nawang Chinba conducted the symposium proceedings.