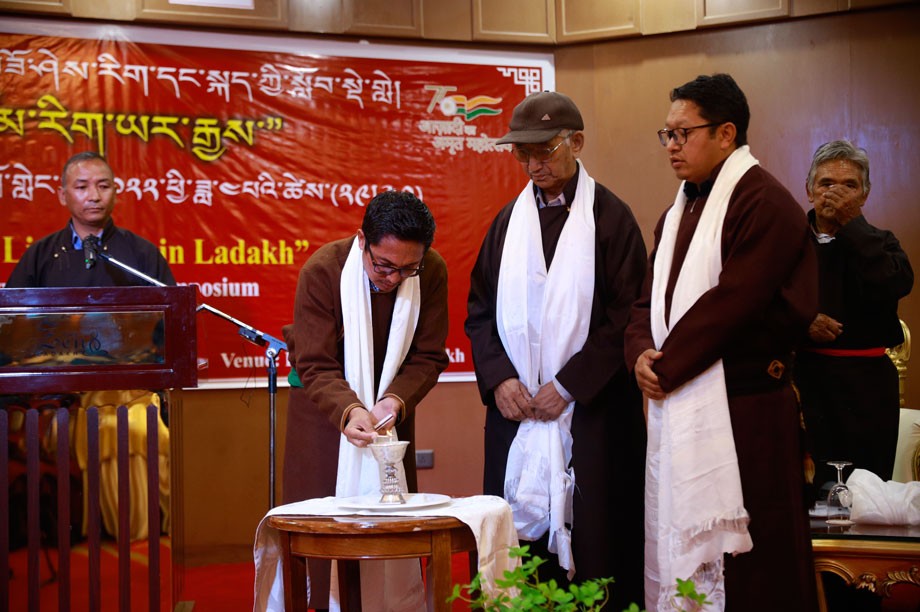 Chief Guest of the occasion, Member of Parliament, Jamyang Tsering Namgyal thanked everyone for organising such seminars and also highlighted measures to preserve the traditional history, art, culture and language. He also emphasized on inclusion of certain important historical aspects in the school syllabus so that the upcoming generation will be more aware of their lineage.

Executive Councillor for Art & Culture, LAHDC Leh, Stanzin Chosphel expressed that this kind of literacy function and seminars need to be organised at regular intervals with the involvement of youths. He added that this will encourage and educate the young generation. He also informed the gathering regarding the plans and vision of the current Hill Council to strengthen and preserve the local culture, tradition and languages.

A threadbare discussion and interaction session was also held at the seminar.