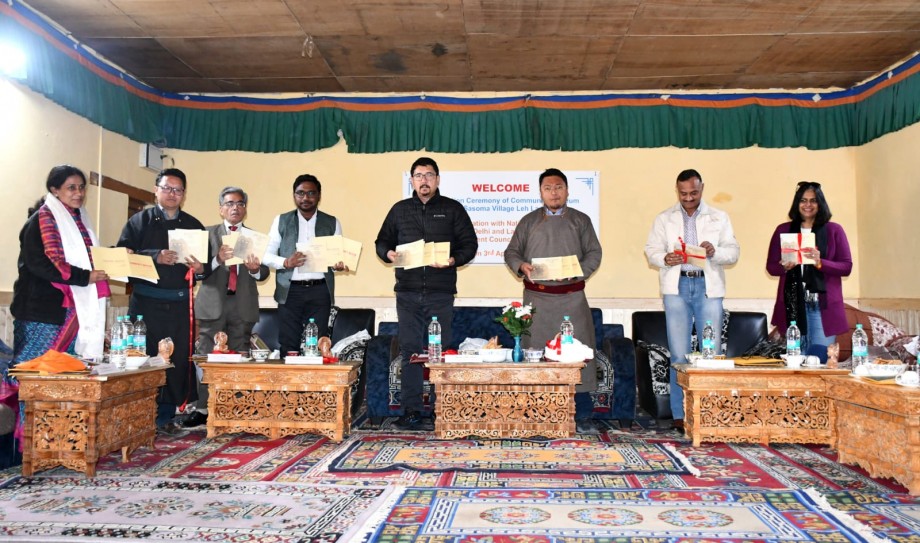 Dignitaries during the inauguration of Community Museum at Sasoma village in Gya.
Leh :

He shared that LAHDC, Leh is working towards the preservation of art and culture of Ladakh in collaboration with the Cultural Academy.

EC Art/Culture, Stanzin Chosphel congratulated the people of Gya and National Museum Institute for the establishment of Community Museum. He said that LAHDC Leh will continue to extend full support to such initiatives in future.

Professor, Dr Manvi Seth shared that the Community Museum at Gya, Sasoma is the first of its kind in India. She  also highlighted the role played by National Museum Institute in the creation of this museum. She thanked LAHDC Leh, Ama Tsogspa (Women’s Alliance of Ladakh) of Gya village and the people involved in it. She added that this community museum has been established the international museum norms in mind. An MoU is also being prepared regarding this.