Are Ladakhi’s serious about cultural identity? 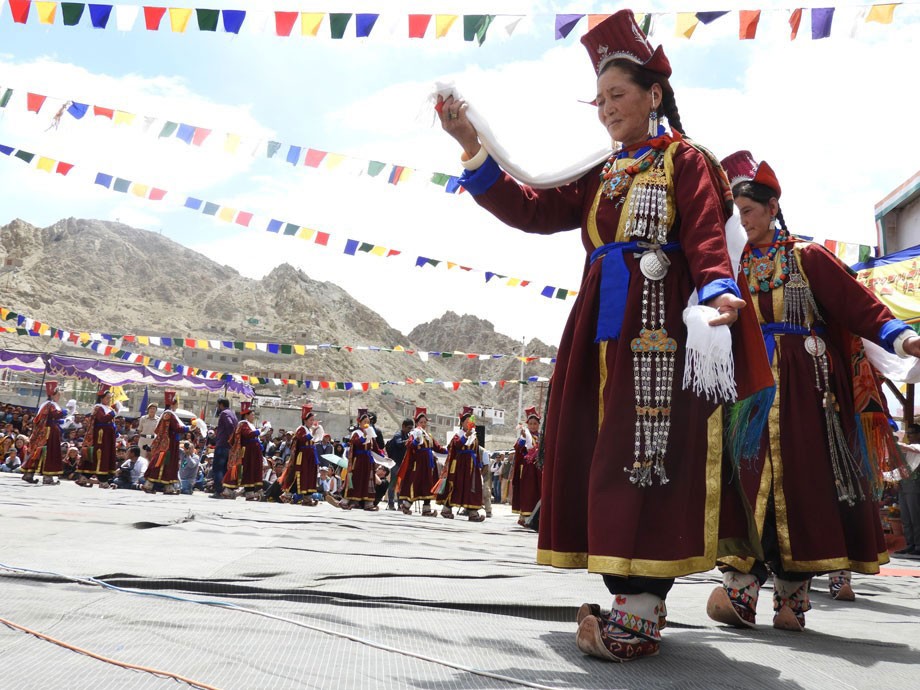 People of Ladakh proudly call themselves Ladakhi because of the unique, rich cultural heritage and tradition of Ladakh. People are failing to keep the culture intact with new changes and modernisation.

We cannot ignore change, but we must preserve and promote our culture. People must change with time, but it should not happen at the cost of one's identity. It is the responsibility of all individuals and cultural organisations of Ladakh to play their part in preserving its culture and language.

Tsewang Paljor, Deputy Secretary, Ladakh Cultural Academy, said, “We cannot ignore change and it is bound to come with time no matter how hard we try. It is up to people whether to absorb this or adapt to it. Most of us end up adapting to the change in Ladakh.”

Culture is classified based on one's language, cloth and food. Our society is busy copying the trends of other places and unable to understand one’s cultural roots before learning about other cultures. We are gradually losing our hold on the rich Ladakhi culture and identity, but people are not scared and doing anything to preserve it. It is important to pass down our heritage to the younger generation.

Young Ladakhis who have migrated to big metropolitan cities and other states for higher education are facing a cultural crisis. It is common to see and hear students studying outside having little knowledge about the culture of Ladakh during religious discourses. Many cannot even speak Ladakhi fluently. Speaking the Ladakhi language is a grave concern for the youth who are not fluent in it. They mix Ladakhi, Hindi and English words.

Tsewang Paljor said: “We speak in our language on various platforms. Our youth is influenced by Hindi and English languages. For instance, if I give a speech in English, the youth will focus less on what I am saying and instead point out grammatical errors. But if I choose to speak in the local language, they would not understand most of the words. The youth would try to figure out what I said in my speech. They then try to learn new Ladakhi words.”

“Language is an integral part of the culture. The culture, traditional dresses, and ornaments will decay with time”, he added.

The Ladakh Art, Culture, and Language Department have been organising workshops, seminars, cultural shows, and festivals to promote and preserve the culture of Ladakh.

There are a few Ladakhi youths who are working towards the preservation of culture. Flowering Dharma (for Education, Ethics, Culture, and Change) is one such initiative. The organisation was conceived in 2009 through a collective effort of Ladakhi students studying in various colleges of Delhi University. The organisation aimed to keep the sense of community alive in the metropolitan city. The organisation later accommodated peers from across the country and foreign countries. Its vision is to instill virtues of compassion and ethics to preserve the culture and tradition. They aim to create a common platform to share and learn the different aspects of different cultures to strengthen the sense of shared common humanity.

Tashi Namgyal, Founding Director of Flowering Dharma, believes that the youth today realize the importance of preserving our culture.

“The best thing is that the youth I have had the opportunity to work with have a deep sense of understanding. They are willing to learn the logic and rationale behind different facets of our culture and adapt it with modern times," he added.