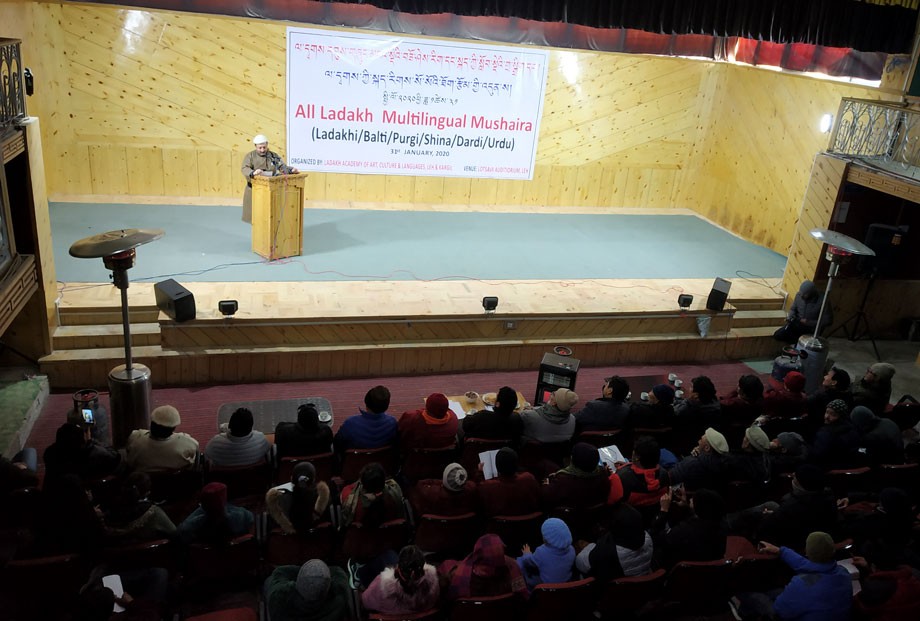 As many as 25 poets graced the Ladakh Multilingual Mushaira-2020 which was jointly organised by Ladakh Academy of Art, Culture and Languages Leh & Kargil at Lotsava Auditorium on January 31.

Konchok Stanzin said that poets can play a great role in bringing positive changes in society.

“Academy is playing a vital role for preservation & promotion of the rich art and culture of Ladakh, but this is not enough as a citizen, we all need to preserve and promote our rich cultural heritage individually”, added Konchok.