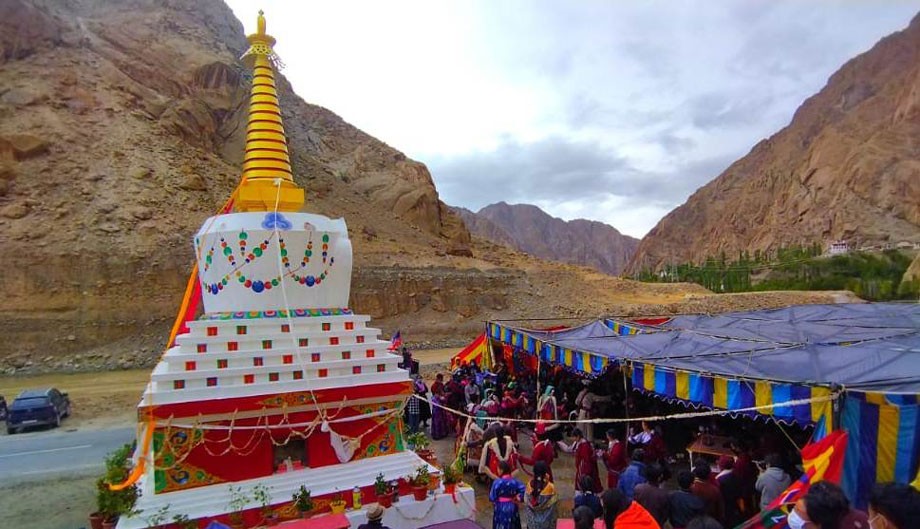 During the day, a Singey Tsewa practice was also performed in which more than 300 practitioners participated.

Tashi Gomang Stupa commemorates the Buddha’s first teachings in Banaras (Varanasi) when he explained the Four Noble Truths and the Twelve Links of Interdependence. These teachings reveal the truth of suffering, the cause of suffering, and the skillful means to bring about the cessation of suffering and the path to enlightenment.