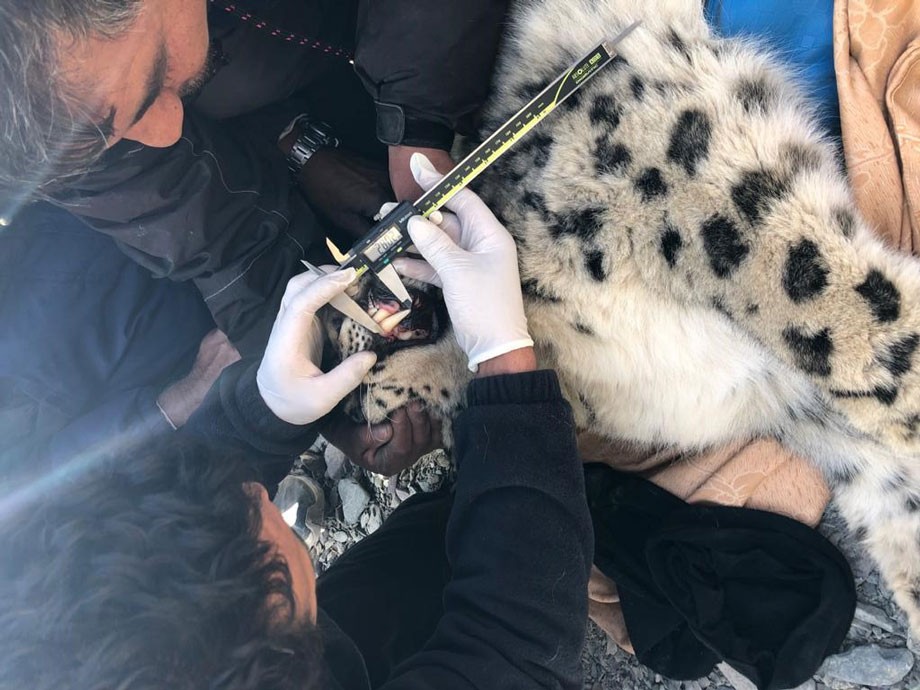 Conflict between humans and wildlife has been on the rise in the past few months. The wildlife department received around nine cases of conflict involving snow leopards. A snow leopard and its cub are reportedly at the rescue center of the department in Skara.

According to the wildlife officials, the snow leopard and two of its cub were found trapped in a corral in Likir village in the last week of March. The snow leopard and the cubs were rescued by the wildlife officials and released into the wild. However, one of the cubs was reportedly found trapped ten days later. The cub was again released after three days' efforts and unified with the mother.

Mohammed Sajid Sultan, Chief wildlife warden, UT Ladakh, said, "We took care of both the mother and the cub diligently for almost two months and released them with a radio collar attached to them to track their behaviour and movement. Both the snow leopards were found trapped yet again. Also, we discovered that the mother was weak.”

The snow leopard is currently being treated and taken care of by the wildlife department at the rescue centre.

Sajid Sultan added, "We want the cub to learn survival and hunting skills from its mother. We are waiting for the cub to wean off from its mother and survive of its own in the wild. The mother snow leopard has to be kept in captivity as she is old, weak, and unable to hunt.”

However, the department is finding it hard to keep the injured and abandoned animals at the rescue centre due to space constraints despite an increase in the number of poaching cases. Feeding fresh meat to these animals is also a big challenge for the wildlife department due to the unavailability of meat in winter and early spring.

Therefore, these wild animals are brought back into good health and returned to the wild.

Sajid Sultan shared one of the reasons behind the human-wildlife conflict. "Snow leopards come down in the winter months to hunt for food. Their mating months are February and March during which they don't eat much. Tired and starved, they venture into human settlements and kill livestock for food."

The wildlife department also shared that the human-wildlife conflict is reported to be more this year than the previous year.